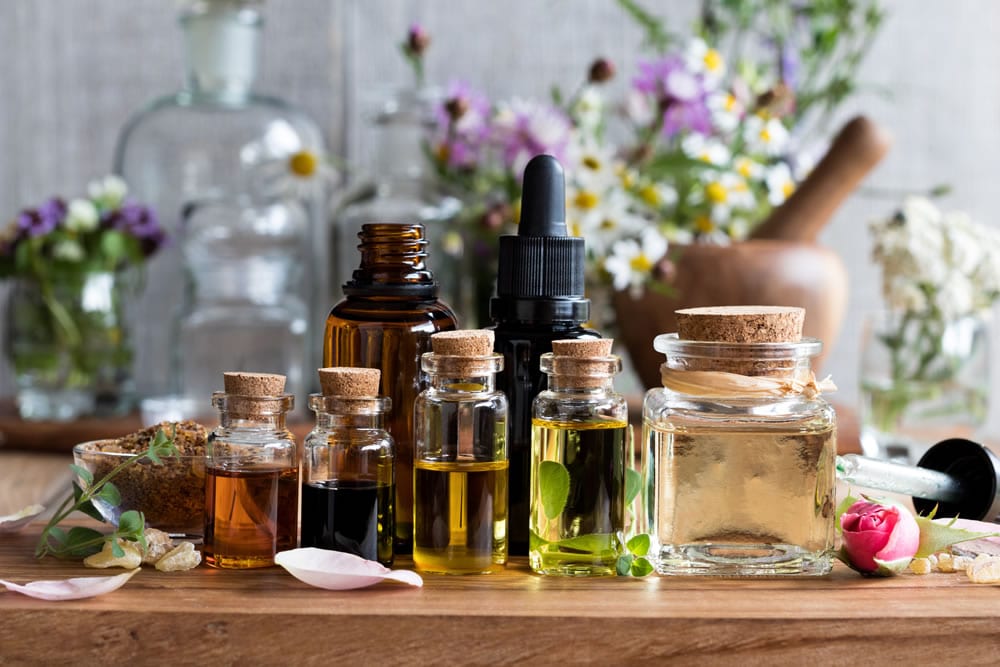 The manufacture of flavor essences is one of the oldest crafts in the food industry.  While many botanicals are used as spices, only a small fraction of the plant material actually contributes its distinctive flavor.  Food chemists of old had realized this, and had developed various methods of concentrating these active flavor components.  As we shall see, an “absolute” understanding of such products plays an “essential” role in understanding many “concrete” Halachic concepts, allowing us to “extract” the information we need to ensure that our foods “resin”-ate with a proper Kashrus standard.

One of the major methods of extracting the flavor components of spices is by extracting their “essential” oils.  Indeed, oil is the primary source and carrier of flavor in many types of food, which is the reason that formulating tasty “fat-free” products poses such a challenge.  Essential oils may be recovered using a variety of processes, each with its own Kashrus concerns.  Citrus oils, such as orange, grapefruit, and lemon, are found in the outermost layer of the rind, known as the “zest”.  The zest is typically cold pressed, which means that the oils are expressed without using any heat or solvents.  The oil is located in tiny sacs within the rind, which are ruptured during the pressing.  After pressing, water is used to wash the droplets of oil from the rind, with the water subsequently removed through distillation.  The flavor of citrus oils differs not only from species to species, but even from variety to variety within the same species.  Orange oils, for example, are given the name of the variety from which they are derived – Jaffa orange oil differs significantly from Valencia orange oil.

Historically, the most significant Kashrus concern with such products involved citrus oils derived from fruit grown in Israel, since such products are subject to the rules of T’rumos u’Ma’asros (tithes) and Sh’mittah (the Sabbatical year).  As such, Jaffa orange oil requires a reliable Kosher certification, whereas orange oil from Morocco may pose much less of a Kashrus concern.  Advances in food technology, however, have raised new Kashrus concerns for even such a simple product.  In order to increase the yield of the oil that can be extracted by cold pressing, as well as to reduce the amount of water required, enzymes have been developed that break down the cellulose and pectin that serve to entrap the latent oil.  Although used in small amounts, one must ensure that these enzymes are Kosher.  In addition, many of such Kosher-certified cellulases and pectinases are grown on Chometz, which raises a concern as to the Kosher for Passover status of citrus oils processed with such enzymes.

Oils and other plant components can also be removed from botanical products using a process called solvent extraction.  In this process, the botanical is steeped in a solvent, usually an organic material such as hexane or alcohol, allowing the oil and other soluble material from the plant to dissolve in the solvent.  The resulting solution is then heated under vacuum to allow the volatile solvent to evaporate, allowing recovery of the extracted plant material.  Indeed, solvent extraction using hexane is the primary method by which soy and canola oils are extracted.

Solvent extractions can be used to produce oleoresins, concretes, resinoids, and absolutes.  A concrete is an extract of plant material that contains many components, including waxes, and is generally a solid or semi-solid, as its name implies.  An absolute is a purified form of a concrete, where alcohol is used to dissolve and remove the undesirable waxes, yielding a more potent product.  An oleoresin is a liquid extract that contains the essential oil plus other important non-volatile components that characterize the flavor, color and other aspects of the starting raw material.  A resinoid is a solvent extract of resin, which is a gum or sap that exudes from the plant, as opposed to an extraction of the plant itself.

Such processes involve several Kashrus concerns.  First, the Kosher status of the solvent must be verified.  While hexane is an inherently Kosher material (it is derived from petroleum), much of the ethyl alcohol produced in Europe is derived from nonKosher wine.  In addition, countries with large dairy industries, such as Ireland and New Zealand, produce much of their alcohol from lactose (milk sugar).  Alcohol extracts and absolutes therefore require reliable Kosher certification.

The production of oleoresins poses other Kashrus concerns, in that their production often involves the addition of other vegetable oils and emulsifiers.  A related product, called Aquaresin®, is a water-soluble version of oleoresins, where the oil-based raw material is blended with emulsifiers in order to allow it to be water miscible.  Infused oils are produced by soaking a flavoring agent, such as garlic or truffles, in a vegetable oil, allowing the flavor and aroma of the spice to mix with the oil.  All such oils and emulsifiers pose significant Kashrus concerns.

Even the use of a Kosher solvent may pose a concern, since the solvent is typically recovered after being separated from the oil and re-used for subsequent extractions.  In situations where the solvent is used to recover oil from a non-Kosher product (such as produce from Israel that suffers from concerns of T’rumos u’Ma’asros and Sh’mittah), the solvent may not then be used to produce Kosher products.

Solvent extraction has also gone high-tech, using the physical properties of supercritical carbon dioxide.  At very high pressure, carbon dioxide exists as both a liquid and a gas, and functions as an ideal solvent.  Although the equipment required for such a process is more complex to design than that required for other solvent extractions, its advantages in efficiency and specificity have made it ideal for extractions as diverse as caffeine from coffee and tea to flavoring resins from hops.  It poses no significant Kashrus concerns, other than that of the use of CO2 recovered from non-Kosher extractions.

Steam extraction is one of the oldest methods for the recovery of essential oils.  In this process, the botanical material is placed in a chamber through which live steam is passed.  The steam tends to vaporize the oil, and the steam/oil mixture is then condensed to yield a mixture of essential oil and water.  The water is then separated from the oil, yielding the final product.  Generally, the only significant Kashrus concerns of such systems relate to produce from Israel, as discussed above.

The Talmud (Shabbos 88a) notes that, although the Jewish people accepted the Torah at Har Sinai under Divine coercion (Kafa Aleihem Har k’Gigis – He suspended the mountain over them to force them to accept the Torah), they nevertheless willingly accepted it again at the time of Purim.  Rava derives this point from the phrase in the Megillah “Kiymu v’Kiblu” – “they fulfilled and accepted” – which he explains to mean, “they fulfilled (at Purim) what they had previously accepted (at Sinai).  The Chasam Sofer (Drush l’Erev Rosh Chodesh Adar 5560) notes that this willing acceptance is hinted in the Talmud in Chullin (139b), where the Gemora tells us that the name of Mordechai is hinted in the Torah in the name of the first spice used in the formulation of the Shemen ha’Mischah (holy anointing oil).  This spice is called “Mor D’ror”, which is translated in the Targum as “Mira Dachya”- similar to the name “Mordechai”.  The Chasam Sofer explains the hidden meaning behind this mnemonic relationship, by noting the disagreement between the Rambam and the Ra’avad concerning this spice.  The Ra’avad holds that Mor D’ror is a type of sap – similar to the botanical products discussed in this article.  The Rambam, however, learns that it is “musk”, which is an excretion produced by a deer roaming freely in the wild that it deposits on the foliage as it rubs against it  [“D’ror” means free (see Vayikra 25:10)].  In discussing the opinion of the Rambam, the Ramban (Sh’mos 30:33) questions, “Why must the deer be roaming freely, would it not be easier to trap the animal and then obtain the musk much more easily?”  The Ramban answers that the sweetest and most desirable musk can only come from an animal that produces its musk freely and of its own volition.  With this Ramban, the Chasam Sofer eloquently explains why “Mordechai” is related to “Mira Dachya” – for the sweetness of Torah was accepted willingly in his time.  As we celebrate Purim, we should use it as an opportunity to eagerly undertake the learning of Torah and all of the Halachic issues related to fulfilling its Mitzvos.