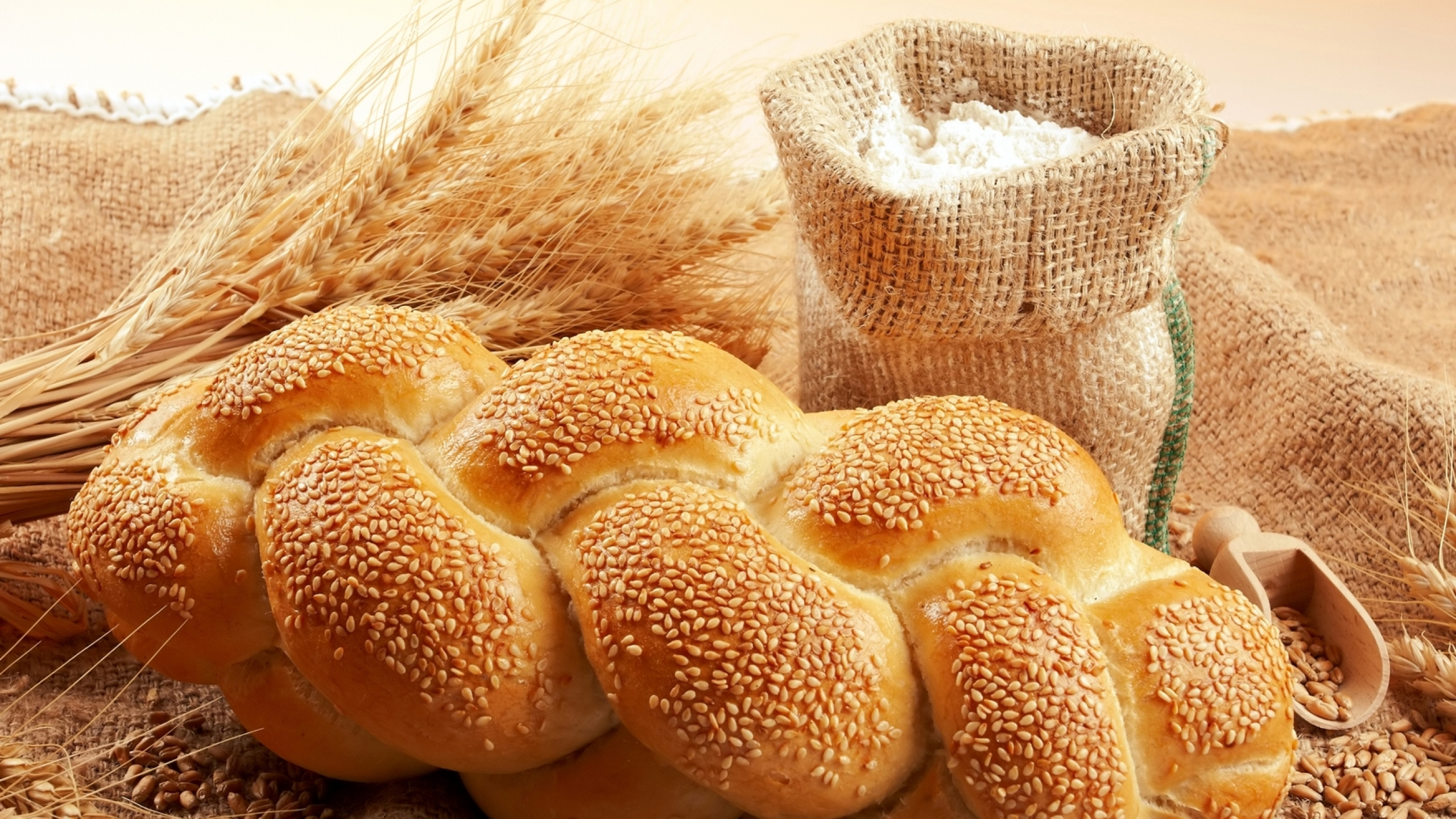 In the fall of 2007, my wife and I hopped on an airplane and left Montreal to serve as the rabbi and Rebbetzin in Stavropol, a city in Southern Russia. Stavropol boasts at least half a million people and has a sizeable Jewish community. Though finding and inspiring Jews was no challenge, getting kosher food, on the other hand, was not as easy. The religious community was small and disorganized. Meat orders from Moscow took 15 hours to arrive and wine had to be imported. For several months, the only bread we ate was the Challah my wife baked.

Some months into our Shlichut, I developed a close relationship with an Armenian baker who agreed to let me start the fire in his oven so that I could taste his famous Lavash.  Lavash is a thin, laffa-like bread made with flour, water and salt, usually topped with sesame seeds. In 2014, it was inscribed by UNESCO as “an expression of Armenian culture.” He encouraged me to use the lavash to wrap khorovats, which is steak cut into cubes.  Let me tell you, that wrap was delicious.

But why did I have to light up his oven (at 4:30 in the morning)? What could possibly have gone wrong? The only ingredients were flour, water, and salt which are always Kosher!  Allow me to introduce and expound on the concept of Pas Yisrael/Jewish bread as well as clarify the MK’s policies on the matter.

A History of Bread

Ah, bread. A food that goes far beyond nutrition. Bread implies wealth. In English, “dough” is a synonym for money (as is “Challah” on Shabbos, in some Jewish households). A “breadwinner” is someone providing for his family and has little to do with bread (or raffles). You might say a breadwinner is “putting bread on the table.” Sharing a meal is called “breaking bread” and productive agricultural regions are called “breadbaskets,” despite the fact that they may be producing corn or fruit.

Bread is as old as the world itself. After Adam and Chava ate the forbidden fruit, G-d punished man, saying that “by the sweat of your brow you will eat bread.” Noach invented the plough, which made is easier to produce grain, and Malkitzedek the king of Shalem greeted Avraham with bread and wine after Avraham’s defeat of Kedorlaomer and his royal allies. Avraham himself offered bread to three angels who visited, and Sarah made cakes of fine flour. When Avraham sent Hagar and Yishmael away, they left carrying bread and water. Yaakov traded bread and beans with Esav for firstborn rights, and Rivka gave Yaakov meat and bread to take to her husband Yitzchak. And Egypt became the “breadbasket” of the world during the great famine in Yosef’s time.

Evidence of bread can be traced back to ancient Egypt, with loaves of bread lain out in the great tomb of Gebelein, remains of items used to make bread, and artistic depictions. When Bnei Yisroel left Egypt, there was no time for the bread to rise, and they ate unleavened bread (Matzah). In antiquity, uncooked dough was exposed to air, and gradually regions developed their own methods for making bread. Pliny the Elder reported that Iberians and Gauls (in what today is Spain and France) skimmed foam off beer to make light bread, and in other regions, a paste made of grape juice and flour was used.

Up to the 19th century, bread was often mixed with chalk, sawdust, plaster or clay in order to save on the cost of production. The British government took action in 1860 with food adulteration acts which gradually spread throughout the civilized world.

In 1961, the Chorleywood Bread Process, changed the development of bread, using a process that reduced the time taken to produce a loaf of bread. Traditional bread required dough mixed with yeast and numerous cycles of kneading and resting. Chorleywood uses intense mechanical workings of the fough and controls the gases touching the dough.  Most large factories around the world use this process.

A special blessing is made on bread (Hamotzi lechem min ha’aretz) in recognition of its importance in any meal. In fact, all food is considered “Tafel” (secondary) to bread in any meal, which is why you can make the blessing on bread and eat a five course meal without having to recite another blessing (until Birkas Hamazon at the end of the meal).

Canadian bread is predominantly made of wheat. As a grain, wheat is naturally kosher. However, one kosher issue can be the issue called “Yoshon.” To simplify, flour used in baked items must come from wheat that took root in the ground before the previous 17th day of Nissan (ok, it sounded simpler in my head).

The Torah tells us that we can’t eat bread, parched grain flour or parched kernels from a new crop until the Omer barley offering was brought as a sacrifice on the second day of Pesach. Forbidden new grain is called “Chodosh,” and any grain which took root prior to the 17th of Nissan is known as Yoshon. Despite the fact that we no longer offer sacrifices, we still must wait until after the second day of Pesach before we can eat from the year’s harvest.

Today, many Jews are lenient with regards to Yoshon, but as there is a significant segment of our community that are stringent the MK ensures that Yoshon products are available and puts out a regularly updated “Yoshon” list.

Another potential kosher problem relates to leavening, the process that makes the bread rise. Most bread today is leavened with pure yeast, grown on molasses. Large bakeries use active yeast as well. These yeasts, plus the dry yeast often used in homes, may contain non-kosher ingredients and therefore require certification.

Many modern breads contain fats or oils (which may have also been used to grease the pans the bread is baked on). These may come from animals and therefore require certification. In addition, equipment used to make non-kosher products require proper Kashering.

Bread has two additional requirements. One is that all bread must be Pareve. This is to ensure that no one mistakenly eats a dairy bread with a meat meal or vice versa. Being that one of the primary ingredients in modern white bread is milk, this can be problematic. In fact, some provinces require a variety of white bread called “milk bread” to contain at least 6% milk! To avoid this issue, the MK requires all bread to be Pareve, as well as equipment used to bake it.

The other additional requirement is Pas Yisrael – the bread must be baked by a Jew. Daniel abstained from eating King Nevuchadnetzar’s bread around 400 BCE. His stance was the first recorded instance of Pas Yisrael. In the Talmudic era (and possibly earlier), the rabbis forbid Jews from eating bread-like goods baked by non-Jews in order to prevent assimilation due to the socializing that occurs when baking bread.

Our sages recognized that, as a staple food, Pas Yisrael may not always be available and therefore allowed the use of bread bakes by a non-Jew in certain instances. However, anyone who is careful to eat only Pas Yisrael is deemed especially meritorious.

Pas Yisrael can be as simple as having a Jew light a small fire in the oven. As long as the heating element or fire in the fire remains lit, the bread inside is deemed Pas Yisrael.

In general, all baked products are Pas Yisroel, except for pretzels and dairy items that aren’t Chalav Yisrael. In other words, if someone for example bakes a dairy croissant that isn’t Chalav Yisrael, it won’t be Pas Yisrael either.

In Russia, getting kosher bread was a schlep. Today we live in Canada, where thanks to the MK, we can find all kinds of breads – pita, naan, baguette, brioche – that are Pas Yisrael.