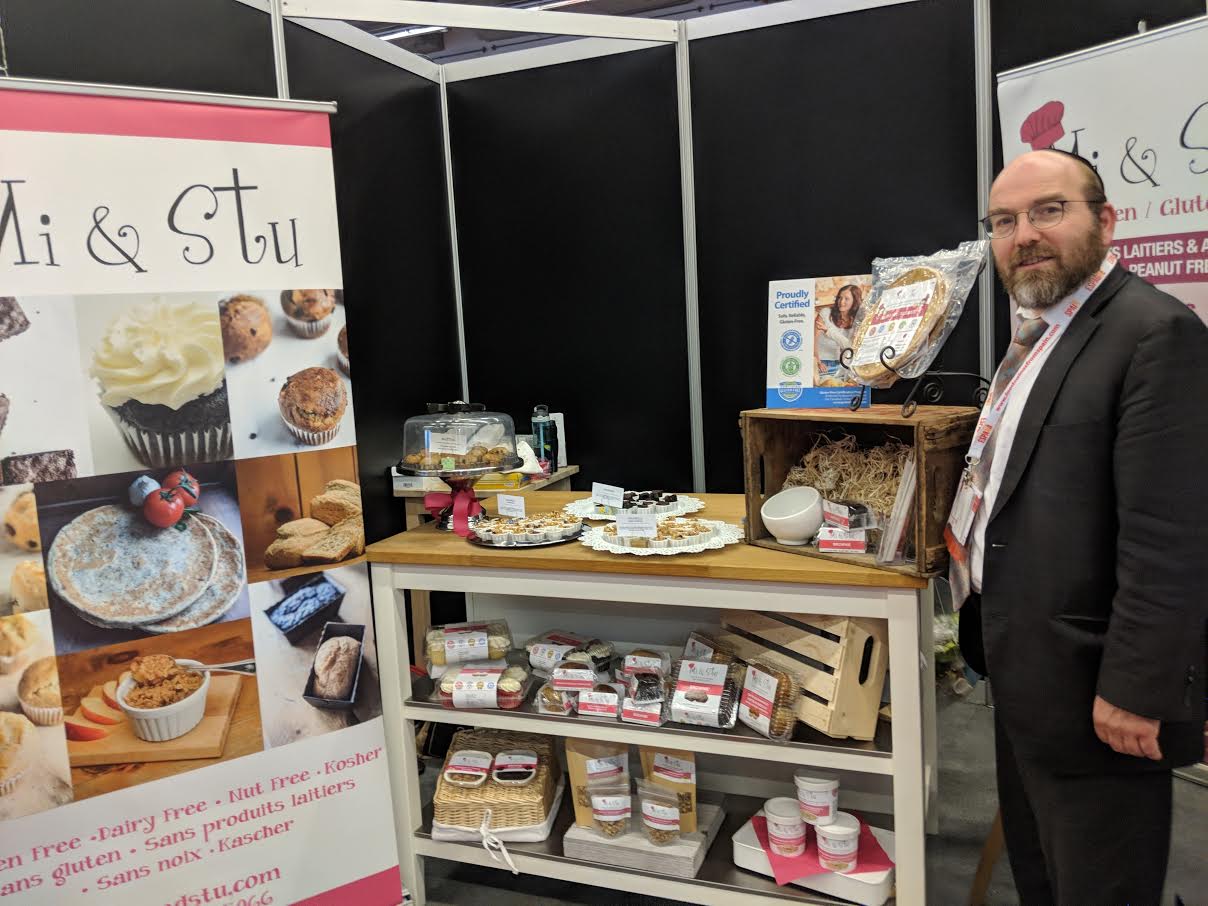 Mimi and Stephanie make the original dynamic duo look lame and weak. These two women have endless energy, feed off each other in a positive, uplifting way and somehow are able to impart this right into their products.

In case you were wondering about the name, we will put your curiosity at rest. Mimi is obviously the Mi part of the name. Stu was Stephanie’s nickname in college  – hence the catchy Mi&Stu.

As the saying goes, necessity is the mother of invention. Such was Mimi’s case.

Sixteen years ago, her daughter was diagnosed with Idiosyncratic Rheumatoid Arthritis, causing severe and persistent pain, swelling and stiffness. In an attempt to relieve her daughter’s painful symptoms, Mimi removed inflammatory foods from her diet. Gluten, dairy, night-shade vegetables, and refined sugars were the first to go.

She restructured her kitchen, pantry and way of thinking, reinventing old recipes to suit her daughter’s challenges. At the time, there were very few, if any gluten-free products in stores.

Mimi was forced not only to revamp old recipes, but as time went on, to invent her own. Cooking was easy, but baking was a bit more of a challenge. With each trial and every taste test, the end results improved, until her friends and family were pleading with her to make muffins for them or bake their child’s birthday cake.

Stephanie (her best friend) and her family are foodies. They were and are the best tasters and, more importantly, the best critics.

Mimi continued cooking out of her kitchen but it quickly became obvious that space and equipment were becoming an issue. She simply could not keep up with the demand.

In 2011 Mi & Stu was born and found a home in a retail store on Park Avenue between Bernard and Van Horne. It was wheat free, gluten free, dairy free, casein(milk proteins) free, whey free and nut free. While their walk-ins grew, their wholesale business exploded. Finding true gluten-free, non-contaminated airline meals, even just a few years ago, was akin to mission impossible. They offered the real deal.

And Then There Was Growth

One of their big breaks came as a result of one of Mimi’s greatest fears. Someone had eaten an airline meal and become violently ill because the gluten-free meal was not truly gluten-free. It was an airline who contacted her.

In order for gluten-free to be officially certified as such, it must be under 10 parts per million gluten-free, sealed and opened only by the end-user.

Once the airline got on board, space became the main issue at the Park Avenue location. There were no loading docks for the huge trucks backing in to pick up palates of meals. In fact, they had to ‘shlep’ boxes down the fire escape. Obviously that was not going to suffice so after three and half years, they decided to a 7500 foot facility.

Neither Mimi nor Stephanie had to time to find new clients, so they hired a sales broker who helped expand their quickly growing company.

The Meals and Products

If you are lucky enough to get one of their breakfast meals on an airline, you will find a muffin, scone, applesauce or delicious vegetable frittata, rolls, quinoa pasta and homemade sauce. Dessert? Their signature brownie, danish or cake.

How good are the brownies? So good that someone flying on Lufthansa Airlines recently contacted them to buy their own supply after tasting them on the meal during their flight.

Mi&Stu has big plans and, from their meteoric growth in the past few years, will be very successful. Acquiring Canada’s Kosher Certification – MK – will definitely help them. They would like to expand their airline meals, move their products into the United States and build up their private label business. One of their biggest challenges is to keep their product artisanal while upgrading their automation to keep up with the demand.

When Mi&Stu started off as a retail bakery they applied for an MK certification. Many Jewish customers would come into their store, intrigued by the gluten-free products not readily available at that time, enquiring as to their kosher status.

They made the initial call, Rabbi Jaffe met with them and explained how to become Kosher. But as they were in the process of expanding their business, they had no choice but to let the kosher business wait. Given that, they knew eventually they would become kosher as the market is immense and the need great.

When they moved and settled in their larger premises, the timing was right and they called MK – Canada’s Kosher Certifier to get the ball rolling. They received an unbelievably warm reception from both Rabbi Jaffe and the staff at MK. Everyone was eager to explain what had to be done and how to go about doing it. It did not take long for Mi&Stu’s label to bear the MK insignia.

Whether you are in need of gluten-free products or just want to add some very healthy food to your diet, look for the Mi&Stu label in stores and on airlines.