From Morocco to Montreal 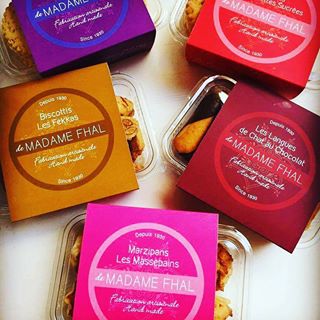 The Madame Fhal Bakery in Casablanca, Morocco has been baking delicious kosher cookies for over eight decades. With over 20 varieties of cookies available in Morocco, they are a deeply rooted part of the childhood of many Moroccans now living in other countries. Olivier Benchetrit grew up eating Madame Fhal cookies. In fact, the Madame Fhal bakery was owned by the family of one of his closest friends, which was how the idea of importing these cookies to Montreal began. Although Mr. Benchetrit had been living in Montreal for well-over
a decade, he frequently returned home and spent a great deal of time with his childhood friend Kevin Fhal, the third generation of Fhals to run the bakery. Since 1948, when the number of Moroccan Jews was estimated to be about 265,000, Moroccan Jews have become a far more dispersed community. With the decreasing number of Jews in Morocco, there appeared to be a decreasing market or kosher cookies. Upon examining the situation, however, the friends Mr. Fhal and Mr. Benchetrit realized that if the Jews couldn’t come to Madame Fhal, then Madame Fhal could come to the Jews!
The export-import of Madame Fhal cookies began on a personal basis. Mr. Benchetrit and his brother Cédric began sharing cookies with local market owners and fellow business associates. There was no question, the demand was there.
What did concern the Montreal Jewish customer base was whether they would buy cookies with a Moroccan Hechsher (kosher certification). One retailer who wished to sell the cookies in Ontario, where there is a much smaller  Moroccan community was hesitant to import Madame
Fhal’s Cookies with their current Kosher certification. It was time for the next step, contacting the MK. Although the is an international organization, every new factory in an exotic location has challenges. The however, didn’t blink. They found a Mashgiach (Kosher
Supervisor) willing and able to oversee the Madame Fhal production runs destined for export to Canada. This  pertained to only five of Madame Fhal’s many tasty baked goods: Salted Galettes, Sweet Galettes, Small Crown Cookies, Chocolate Lady Fingers, and Fekkars (which are similar to, but more moist than biscotties). For those who love cookies, Madame Fhal’s offers year round delight. The Moroccan bakery has an annual run of Special-for-Passover cookies that the burgeoning North American customer will also be able to enjoy.
Currently, Madame Fhal’s cookies are available primarily in Montreal’s Cote-Saint-Luc neighborhood, but Mr. Benchetrit is expanding their market throughout the city and beyond. A Madame Fhal’s website is currently being created to allow for online ordering as well.