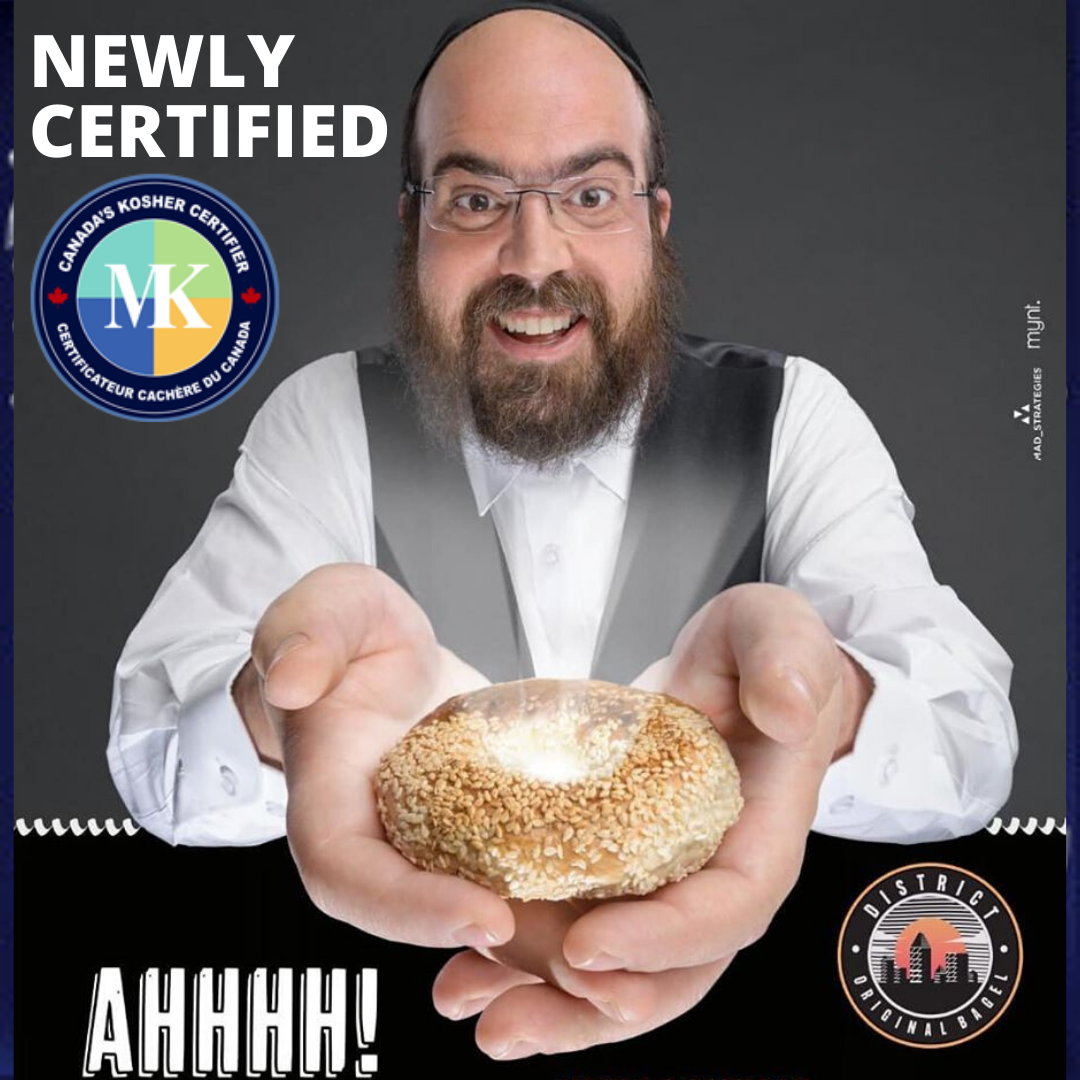 When District Bagel opened its doors in 2016, it didn’t take long for the ambitious restaurant to become a staple of Montreal dining. Taking over the location of the beloved Mount-Royal Bagels before it, owner Shulem Greenwald saw the value in continuing the legacy that Mount-Royal Bagels had brought to the Montreal community, and he believed his own ambition could greater service those needs further. Following his previous experience in the food industry managing Sandwich Plus, he set out to make District Bagel the ultimate provider of great-tasting Montreal-style bagels. This year, District Bagel’s dedicated mission grew once again, with the grand opening of their second location.

In addition to the initial District Bagel store on Lucerne Ave in Mount-Royal, and the company’s products available in store shelves across Montreal, including select IGA grocery locations, the second restaurant location hopes to service a whole new market with convenience and ease. Located deep in Outremont at 5677 Parc Avenue, District Bagel hopes their latest endeavour will service the Jewish community in Outremont and its surrounding areas with ease, and to help provide their quality products with quicker access to their customers further away from their flagship location. It has even expanded to include more methods of convenience to its customers, including its inclusion on the popular food delivery app, Uber Eats. Even though the restaurant chain continues to expand in new communities and across new platforms, the core mission of District Bagel continues to be the first priority for all who are involved.

With these two locations, District Bagel continues to be an important part of Montreal dining garnering attention across Canada. Since the restaurants’ overall launch in 2016, it has seen coverage in some of Canada’s largest media networks and publications, including CTV News, TVA News, and the Journal de Montreal. It’s prominence has inspired its role as a worthy focus of attention, even encouraging the Conservative Party of Canada leader Andrew Scheer to visit the location and surprise guests one day during the 2019 Canadian Federal Election. It was unsurprising therefore that the chain would only continue to find new ways to grow its popularity and please its customers through new ambition.

Throughout its quick growth in the Montreal market, District Bagel has been committed to excellence and convenience, positioning itself as an efficient and enjoyable dining offering. The restaurant that set out to continue a cherished legacy of providing great tasting Montreal-style bagels quickly earned its place as a major player in its industry, and its dedication to providing customers quality food and expanding its reach is only just getting started.