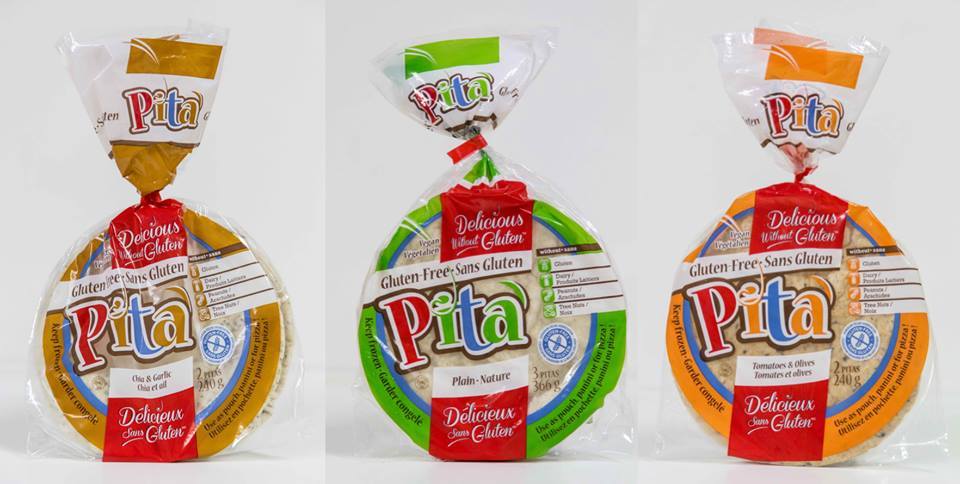 Delicious without gluten is a company with a name that reflects exactly who they are and what they do. No guessing here.

About six years ago, when Miriam Pearl’s son was five years old his level of activity dropped.  He became lethargic and had severe stomach aches but never a gastro. Being a diligent mother, Miriam ordered blood tests from the doctor to check Jake for a deficiency in iron or possible problems with his stomach.  Imagine Miriam’s surprise and shock when the diagnosis came back as celiac disease. Life as she knew it changed forever that day.

When people with celiac disease eat gluten (a protein found in wheat, rye and barley), their body mounts an immune response that attacks the small intestine. These attacks lead to damage on the villi, small fingerlike projections lining the small intestine that promote nutrient absorption. When the villi get damaged, nutrients cannot be absorbed properly into the body. Miriam’s son was eating but getting no nutrition from the food.

To deal with her son’s disease, Miriam had to become very creative. No more cereal, bread, bagels, cake, muffins or pasta as she knew it. As most parents will attest, it is those exact foods that often make up the diet of a young child. Since celiac disease is hereditary, Jake’s sister was also tested and was diagnosed as well with celiac disease. She had already had a peanut allergy and Miriam was used to having to make her own food in order to ensure safety. At the time there was virtually nothing gluten-free and peanut-free on the mass market so Miriam had to start from scratch searching out gluten-free flour and other ingredients that would not exacerbate both of her children’s condition and experiment with recipes. Slowly things fell into place. Miriam left her peanut free bakery to start anew.

While it was successful, it did not address her real issue: how to make her children (and subsequently other children) feel normal when attending parties or other kids events. They could only eat food prepared by their mother who by this time had mastered many gluten-free recipes.  It was at that moment that Miriam made one of the biggest decisions of her life. She would try to mass produce her recipes and sell them to stores.

Her kitchen could not produce the quantities needed, so she hooked up with a company who was under the MK with a dairy certification. While she had a place to produce her products, many people wanted a pareve product – not meat and not milk. After a while Miriam realized that pareve was really the way to go and that’s when she took the plunge and Delicious without Gluten was born.

As she was now in control she made her new facility gluten-free, peanut-free, nut-free and dairy-free. She began experimenting with different ingredients compatible with the disease and soon had a wide range of products: white and brown bread, challah rolls, hamburger buns, baguettes, pita bread, birthday cake, muffins, cupcakes, cookies, brownies and cake loaves.

We toured her facility and admired both the cleanliness and sophistication of the place. Although not that large by bakery standards, she is able to produce large batches of her products to supply the stores in the Quebec and Ontario areas.

Miriam has opened the door for those with celiac disease to a whole new world. She has allowed them to partake of what the rest of us take for granted. Her next feat is to find as many stores as possible to carry her product. Given the initial reaction to Delicious Without Gluten, we know that she will be successful.