L’Orchidee – The Millennial and The Baby-Boomer 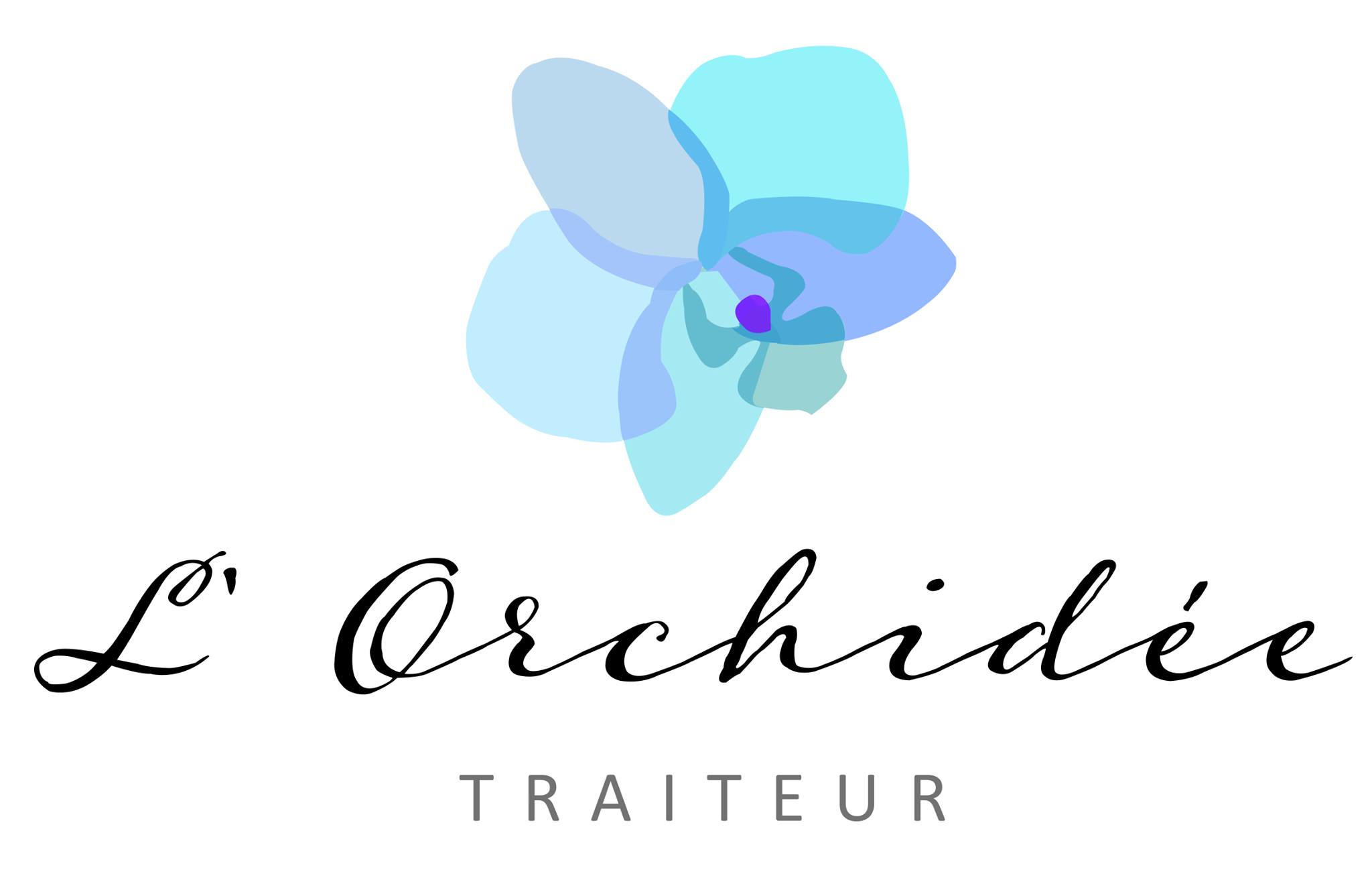 What does a millennial have in common with a baby-boomer? After all, the age difference is substantial.

The answer is delicious food bursting with flavor, artfully plated with the most architecturally precise care, brought to you by L’Orchidee, Montreal’s rising star caterer. 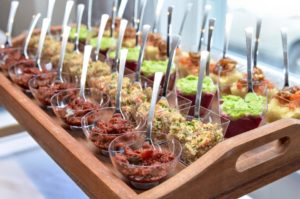 Shua Lurie is the millennial, his skills honed over the past few years at Mount Royal Bagel where he managed the store, in Salon Chagall which he ran and at the Fooderie on Wilderton where he oversaw the kitchen.

Armand Kadoch is the baby-boomer. He’s a veteran, first-class chef, having been in the culinary industry for over forty years.

Kadoch met Lurie while they worked together in Salon Chagall. They parted ways after a year but kept each other in mind. In December 2014, they decided to collaborate and open their own catering establishment, hence L’Orchidee was born.

For a couple of years, they worked out of the JRCC (Jewish Russian Community Center). Growing pains equals hard, dogged work and many, many hours which they both put in. In June 2017, they moved their kitchen to the Fooderie in Wilderton and in October of 2017 upgraded their space and relocated to the Fooderie on Parc Avenue. 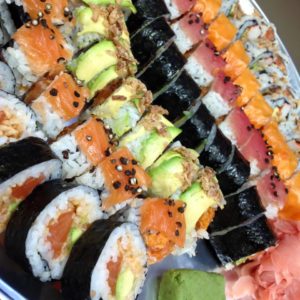 When a new kid on the block tries to break into any industry, they must pay their dues. In L’Orchidee’s story however, many people already knew of their culinary prowess as they had catered Shabbat under the Stars for two years running, both partners were already known in the wedding and Bar and Bat Mitzvah circuit, having done many very large events at the Crown Plaza Hotel.

Their bottom line goal is to deliver, at every event, the best quality, most delicious and stunningly plated food. They want to make kosher both unbelievable and available in every community in Montreal.

With the opening of the upscale Fooderie on Parc Avenue, another venue opened for the partners – creating food for the take-out counter. Under the name Gourmand, their products are sold at both Fooderie locations, with over forty different kinds of salads, meat, fish, sandwiches and hot and cold food. While L’Orchidee is under the MK, Gourmand is MK Mehadrin, which ensures their products have the right kosher certification for all of Montreal’s Jewish communities.

The MK has been on board and of great help during their growth process, offering advice and being available whenever needed.

While they now have many years of experience between them, Kadoch and Lurie are just getting warmed up. Of late, they have absorbed another caterer in Montreal, taking on the massive Passover prepared food market. This year look for their Gourmand brand in supermarkets all over Montreal.

Their goal is to be the top elite caterer in Montreal and they are well on their way to that objective with other exciting and state-of-the art plans in the embryo stage.

They are sticklers when it comes to responding to customers quickly and efficiently, making themselves readily available.  Their growth is limitless as their reputation is stellar. L’Orchidee has quickly risen in the ranks and is now a major player in Montreal’s catering scene. 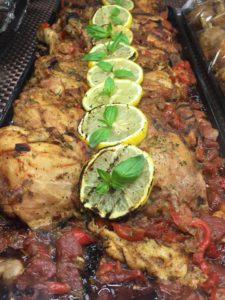