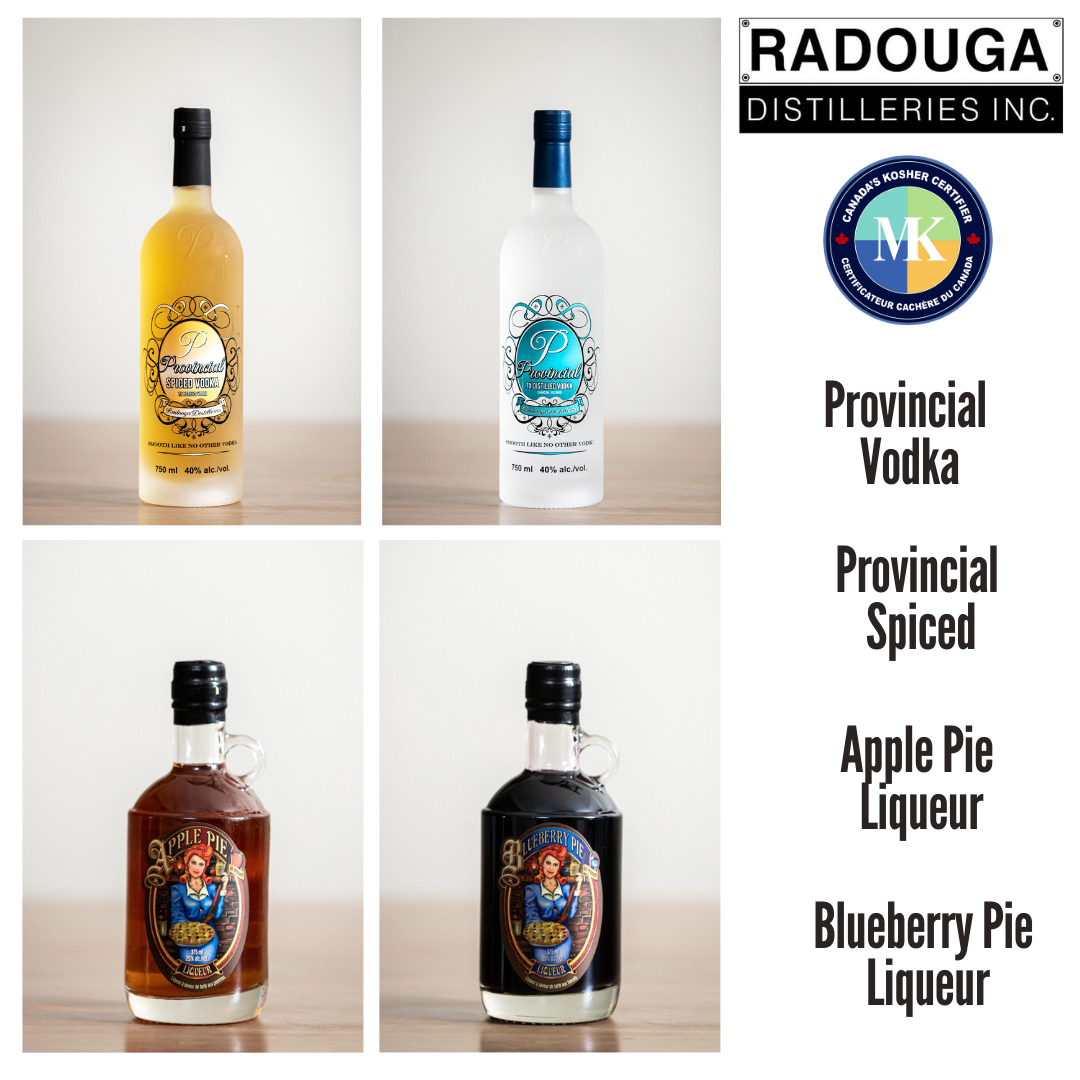 Radouga’s remote origins don’t make it any less competitive amongst big league distilleries. In 2015, Radouga won the Silver Medal at New York’s Wine and Spirits Competition. Since then, the vodka has gone on to win 31 awards and distinctions, including the Consumer Choice Award and the Platinum Medal from the California Sip Awards.

These distinctions come as no surprise, considering that Radouga’s vodka is seven times distilled and charcoal filtered in a secret process that gives its distinctive smooth taste. Radouga’s liqueurs are proudly free of preservatives and artificial flavouring; flavours are all natural and derived from pure fruit concentrates.

Radouga Distilleries currently distributes in Western Canada, and across the US and Asia, with more distribution locations expected on the horizon.

Radouga is now proud to be one of the few Canadian spirit and liqueur manufacturers to put in the extra effort to be kosher- a mean feat in rural Saskatchewan. They are fiercely protective of their certification and have walked away from several projects which would not support their new kosher standard.

It’s an honor to partner with a distillery which possesses not just great spirits, but the highest standards of production and kashruth. L’chaim!