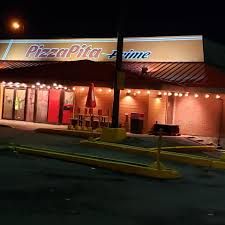 One of Jewish Montreal’s icons, Pizza Pita moved locations a few months ago and are now located at 5345 Vezina. It was an upheaval for Tzvi and Chaim Shpiegelman and even more so for their devoted customers who followed them, never missing a beat of support for one of Montreal’s most beloved kosher restaurants.

On March 29, 1989, Tzvi and Chaim opened their first location on Victoria Avenue. Their menu was basic – pizza and falafel and their modest premises spotlessly clean at all times. While the menu grew, the cleanliness remained the same, no easy feat with the large number of people going through their restaurant on a daily basis.

The premises on Victoria were small, the few stairs to get to the front door treacherous during the winter and they were very successful, in no small part because of the hands-on business model the brothers believed in. No matter what time of the day or night, one of the brothers was there. Their customers were not only always right, but the most important part of their business.

In 2004, the Victoria restaurant became much too small due to the crowds, and Pizza Pita moved to its Decarie Boulevard location. It was a bold move as the restaurant tripled in size. As well, they creatively started the first and only kosher take-out window in North America.

Pizza Pita very quickly became ‘the place’ to be for Montreal’s Jewish teens, for their parents, for families celebrating birthday parties, anniversaries or milestones, Sheva Brochos, Bar Mitzvahs, family get-togethers and for the thousands of tourists who needed kosher food while visiting the city.

The menu grew as did Pizza Pita’s business side, with the upstairs hall fully booked week after week.

Where They Are Now

Physically, Pizza Pita Prime as it is now called, is located on Vezina and Decarie Boulevard. While the Shpiegelman brothers had some tentative plans for the future, the pandemic has put everyone’s life on hold, especially those in the restaurant business. Until the dust settles, which could take a few years, Pizza Pita Prime is perfectly located.

Their move from the restaurant to strictly take-out was done at exactly the right time as restaurants, for the time being, are a fond memory. The menu in the new place is the same as Pizza Pita on Decarie. The cleanliness is a given, as is the positive attitude and quick service.

Tzvi and Chaim, ever the innovative businessmen, have made Pizza Pita Prime one of the fastest and most accurate delivery places in the city. They are using every possible mode of delivery to ensure their customers are served in the same style as they were accustomed to, in the Decarie location.

If you are planning a simcha, an event or a business meeting, their banquet hall, Le Living Room has all your catering needs. You can choose from a sit-down formal dinner to a buffet style event to the most glamourous party in town.

All of their locations are under the supervision of the MK, who are proud to be associated with Pizza Pita and the Shpiegelman families for three decades and counting.

The entire Montreal Jewish community wishes Tzvi and Chaim the best of luck in their new premises!