Have an Apple a day the Filsinger way! 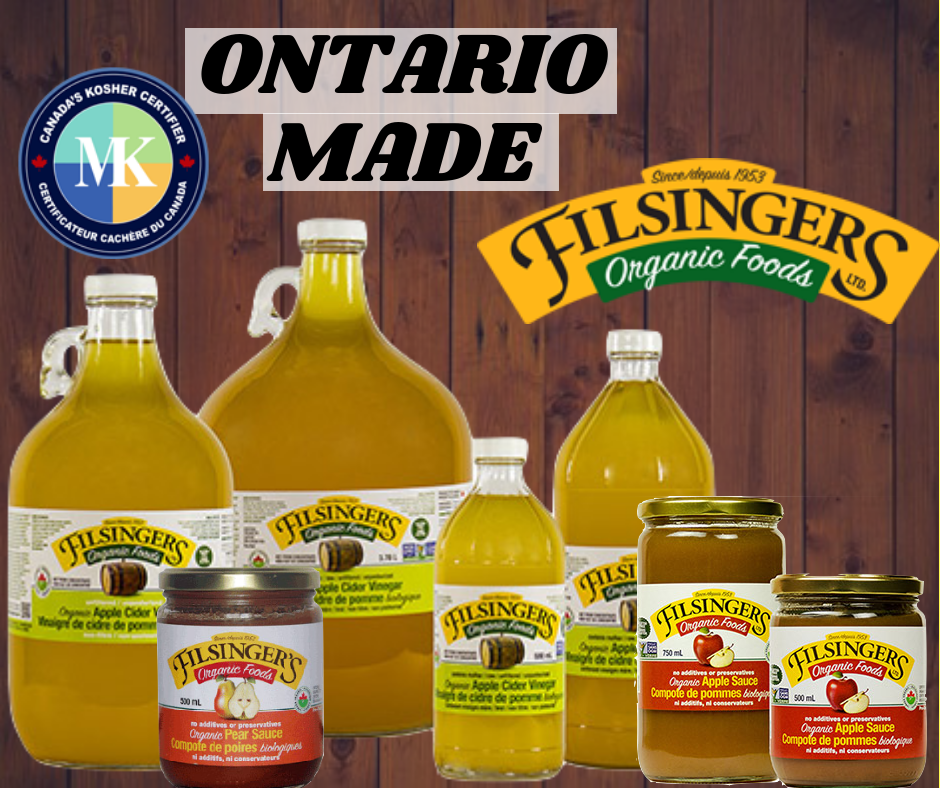 In the fast paced world of globalized markets, a family run orchard that sticks to old fashioned processing offers products of unique taste and quality. In the world of Ontario apples, this is the niche of Filsinger’s Organic Foods. One of the first organic farms in Canada, it was founded by Alvin Filsinger in 1953.

Located in Ayton, ON, Filsinger’s maintains its apple and pear orchards without the use of chemical pesticides or herbicides. It controls pest infestations with natural methods such as encouraging the ladybug population, since ladybugs eat the aphids that feed on the fruit. To refurbish the soil, they use nutritious pulp as a fertilizer. Running an organic orchard takes work and forethought, but 65 years’ worth of Filsinger’s proves its value.

With an array of products that have a continually increasing place in the Ontario market, Filsinger’s decision to take on kosher supervision was a question of kismet. The suggestion of entering the kosher competition had come up more than once, and the company liked the idea but never acted upon it. And while there were customer inquiries and the understanding that outside companies who received kosher certification were no longer able to use Filsinger’s products, the real turning point came when the MK contacted them directly.

According to Filsinger’s president, Shaun Becker, the transition was incredibly smooth. Whereas some vinegar producers add alcohol and “nutrients,” which must also be certified as kosher, Filsinger’s uses the traditional method of slow fermentation to produce their vinegar and so no production changes needed to be made. Another possible kashrut issue that Filsinger’s avoided was the addition of a gelatin substance to create a clear cider, but Filsinger’s loves the authentic look and taste of apple cider that is naturally “cloudy.”

Filsinger’s Organic Foods are available in many Ontario stores and have crossed the provincial borders as well. Representative of the MK’s widening presence, the pairing of the orchard with kosher certification is bound to be a fruitful one. 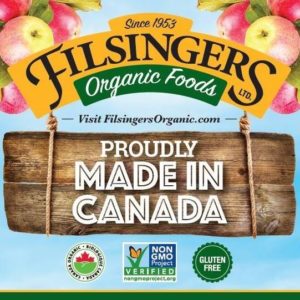