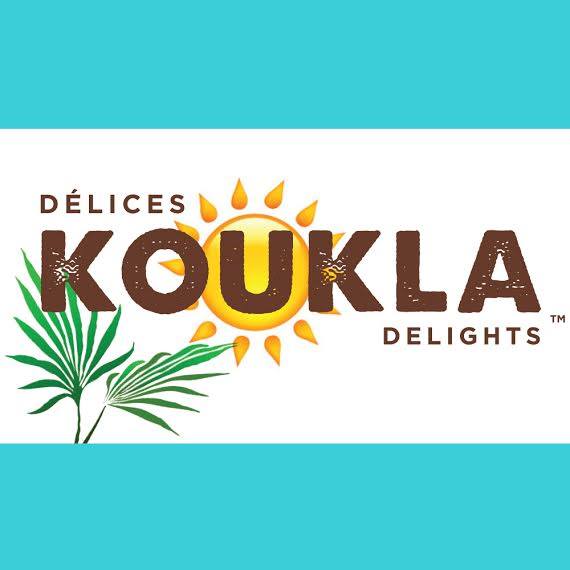 Evelyn Jerassy is a beautiful woman, inside and out and a lawyer by profession. She’s also the owner of Koukla Delights, which is gluten-free, certified organic, under MK – Canada’s Kosher Certifier, paleo and dairy-free. Her Jewish roots were the propellant to ensuring her company was kosher from the get-go.  During our conversation, she recounted how the competent and knowledgeable office staff and rabbis at MK helped her get her company off the ground in a timely fashion.

So why would a lawyer want to begin a start-up? It is clearly known that start-ups are not always known to be successful, making it a very risky venture.

Evelyn’s journey began in the summer of 2014 when she decided to take the plunge and open Koukla Delights. Her dream was to start a business which would allow her to be the master of her own establishment. The bigger question is what propelled her to start a company with, at that time, such a small niche in the food industry.

One of the main reasons was the increasing difficulty she developed digesting food. As necessity is the mother of invention, Evelyn slowly began creating her own gluten-free recipes, testing them out on her family.

Evelyn’s father was a Greek Jew, having grown up in Salonica, Greece with about 50,000 Jews. When the Nazis came, they herded most of the Jews onto trains for one of the longest rides to Auschwitz. Many died on the way. Her father lived through the grueling transport only to have to try to survive Auschwitz.

The language in Salonica is Ladino, which almost no one spoke in Auschwitz. So aside from the horrific conditions he had to endure, there was also a language barrier he had to deal with. In the end, only 500 Jews from his city survived. His entire family was murdered. He moved around from country to country, at one point fighting for Israel. Finally, he was accepted to Canada where he married and started a family.

Despite his past, Evelyn’s father had an incredible joie de vivre infused with an unconditional love of his two daughters.  He was also a fabulous cook, preparing simple Greek food that was incomparable to anything Evelyn ate anywhere else. It was pure, simple, fresh and most of all, made with love – hallmarks of her own company.

Koukla is a Greek term of endearment her father had for her. Loosely translated, it means beautiful little girl. Although her father passed away almost eleven years ago, he remains on the back of all Koukla’s packaging, a testament to the influence he had on Evelyn.

Going Kosher and The Facility

Before opening her company, Evelyn knocked on doors of neighbourhood stores, literally with bags of cookies she had made in her kitchen. She went to different trade shows with her products which were received very well.

When Evelyn decided to open Koukla, making her products kosher was very important. As she said, “MK was a dream to work with.” Everyone was beyond helpful and she felt like they took pride in her company. Evelyn said it is also key to be connected to the MK for quality and cleanliness and is very proud to be certified by them. Her facility is peanut free and low on allergens except for almonds.

First and foremost, on her bucket list was that the food had to taste good. To achieve that, she created all the recipes herself, using the taste-test method. If she and her children liked the flavor, the item passed the litmus test. We can attest to that as one bite of her Choco Cocoa cookie is a delicious explosion of flavors.

The ingredients are all healthy. The fat used is the ‘good kind’, from coconut oil or almonds.  All products have no more than four or five ingredients using no dairy, white flour or sugar. Maple syrup is the sweetener and there are no preservatives or artificial flavors.

Evelyn runs the company together with loyal and caring employees and is proud not only of her success but the fact that she is providing livelihood for other people. To help her company grow, she goes to various food shows including kosher, regular, gluten-free and organic.

What was once a small niche has grown to be mainstream thanks to people like Evelyn. Koukla Delights is now sold throughout Canada: In Montreal the products can be found in IGA, Metro, Tau, Rachel Berry and Avril. In Toronto they are in Sobey’s and Whole Foods in Vancouver.

The story of Koukla has many layers, but the message is clear. When one has passion for their product, a willingness to work hard and help from both Above and below, success is almost guaranteed.