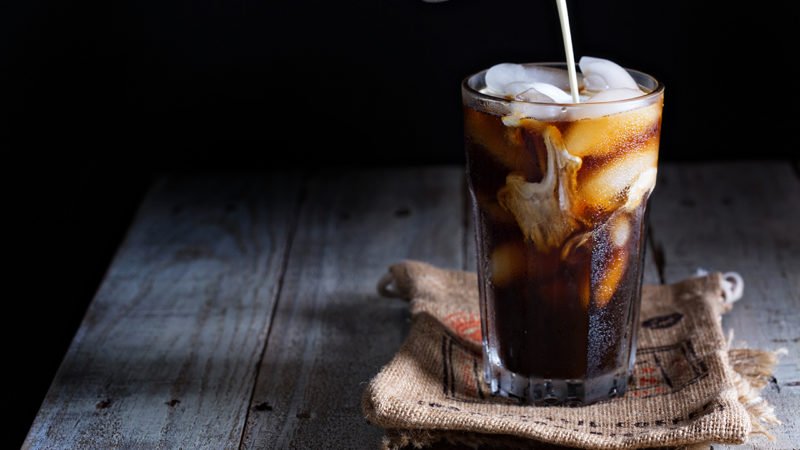 A Kashrus assessment of the purchase of Cold-Brew Coffee

To be clear from the onset, the objective of this article is not to discuss the general topic of permissibility of consuming coffee from Starbucks, Second Cup, 7-11 or any other store lacking proper Kosher oversight and certification. Much has been written concerning this topic, and the consumer seeking edification is encouraged to have a look at the extensive material available on the matter.

The intent here is to focus on one specific drink alone, and to assess whether this particular drink would fall within the scope of this overarching debate, or whether it can in fact be disentwined, to be dealt with in a category of its own, with a status apart from other drinks.

A minimal amount of background on the broader subject is however necessary.

A Basic Overview of the Coffee Shop Dilemma

With regard to sandwiches, pastries, or other baked goods, as well as smoothies, shakes, and most other items offered, the matter is straightforward. These items contain a multitude of ingredients, whose identity, nature and sourcing are well beyond the scope of knowledge available to the average consumer. These items may not be consumed by the Kosher consumer under any circumstances. A simple flavored coffee would fall within this category as well, as the flavorings are quite likely of non-Kosher origin[1].

The debate revolves only around “pure coffee” products. A standard cup of unflavored coffee contains but two ingredients; the coffee itself and water, neither of which pose any inherent Kashrus concern. Although the ingredients themselves are unquestionably kosher, the fact that the coffee is prepared on the same counter as items of questionable Kashrus status, as well as sandwiches containing bona fide non-Kosher meat, raises important questions. Did any of the utensils have direct contact with non-Kosher? Are we concerned that the non-Kosher food was hot at the time of contact? Were the items washed together in the same dishwasher? How well do individual workers adhere to company protocol in dealing with these items?

The question of how to assess these concerns has been addressed by many Kashrus agencies, with a number of approaches emerging. One distinction might be drawn between standard brewed drinks and those which are espresso-based. Another distinction may depend on the availability of better Kosher options in the vicinity, allowing reliance on leniency only when traveling or where no other option is available. The objective here, however, is not to rehash the various arguments nor to engage in the technicalities and complexities of the overall issue.

Of singular focus is one particular drink offered in most coffee outlets, and to assess whether this drink is subject to the same debate or whether it ought to be dealt with as a category of its own. This drink is known as Cold Brew coffee.

The Makings of Cold Brew Coffee

What sets this drink apart?

Creating a cup of coffee involves adding water to coffee beans in a manner whereby the flavor of the beans will be imparted in the water. This is generally done by heat, using either boiling water or pressure. Cold brew coffee, however, extracts the coffee flavor from the beans using no heat at all. The process is of the utmost simplicity. Coffee beans are placed in a pitcher of water and are left to steep for a period of 14-18 hours. Then the beans are removed, leaving only a pitcher of cold, full-strength coffee. A benefit of this method is that by avoidance of heat, less bitterness is extracted from the beans.

How is this process viewed through the prism of Halacha?

When dealing with non-Kosher food, it is necessary to understand that not only is the food itself forbidden, but oftentimes the utensils which came into contact with the problematic food may be rendered of non-Kosher status as well. The reason for this lies with a concept referred to in Halacha as Taam Ki’Ikar. Put simply, this means that the flavor any food gives off has a status much the same as the food itself. Thus, if one cooks a non-Kosher soup in a pot, insofar as the walls of the pot absorb some amount of the soup flavor, the pot will be rendered non-Kosher. Rinsing the pot well, scrubbing it with soap or otherwise removing all residue will do nothing to improve the status of the pot, as we are concerned with that which has already been absorbed into the walls. Although not visible, these flavors are very much present and can be removed only by specific methods of Kashering.

Although no one is going ahead and eating the actual pot, these flavors will create issues with subsequent usage of that pot. Even if one were to place fully kosher ingredients into this pot to cook up a new dish, the food will likely be rendered non-Kosher. Just as a problematic flavor can be absorbed into the walls of a pot, it can also be emitted from the walls of a pot, transferring into the previously kosher food.

It is this concept which plays a central role in potential coffee shop issues. Although as a matter of generality, there exist reasonable grounds to assume there was no direct contact between any coffee and any non-Kosher food matter, there does however exist a strong concern of transferred flavor. At some point, all the various utensils used, including trays, cups, carafes, etc. will need to be cleaned. If all these utensils are placed in the dishwasher at one time, it is quite possible, given the right conditions, that non-Kosher flavor emitted by food remnants will become absorbed in all the various utensils. When these utensils are used in subsequent coffee production, the flavor can be transmitted into the coffee and render it non-Kosher. Therein lies the foundation for debate, bearing in mind that there are many complexities and variables which will affect the Halachic bottom line.

Back to cold brew.

Having established the understanding that flavors can be transferred and transmitted, the next step is a discussion of method. Contact between a utensil and a food will not automatically create a transfer of flavor. The transfer will only occur with the proper vehicle carrying the flavor. Generally, this will be achieved via a medium of heat. If the food [or the utensil] is sufficiently hot at time of contact, flavor will be imparted in either direction. If, however, both items are cold, the flavor will not transfer. Thus –

As stated, the process of cold brewing coffee involves no heat whatsoever. Even were one to factor a worst case scenario, with the assumption that the pitcher used for the coffee has indeed absorbed non-Kosher flavor at the time of washing, this would have no effect on the coffee. As both the pitcher and coffee remain completely cold, the flavor would not transfer, and would remain entirely contained in the pitcher itself. The coffee would remain fully Kosher, beyond any possible doubt, and completely removed from the questions affecting other forms of coffee.

And yet, and yet, things may not be so simple. A number of Kashrus organizations have raised concern with this product, going so far as to label it questionable, “bi’dieved”, or even downright forbidden. What is their reason for concern and is this concern warranted?

Although the most common method of transfer of flavor is heat, there are in fact other methods by which flavor can be imparted. One of these methods is Kavush, loosely translated as saturation or soaking. We are taught[2] that in many regards “Kavush Ki’Mevushal”, the effect brought about by soaking is identical to that of actual cooking. Without delving into the multitude of ramifications due to this equivalency, what is of practical relevance here is that regarding the transfer of flavor, extended soaking accomplishes the same result as a heat induced transfer. This can occur with any liquid left in a container for an extended period of time. As with heat, this can theoretically cause a transfer both from the liquid into the walls of the utensil as well as from the walls of a utensil into the liquid.

Although the coffee in question is completely cold, being that it sits in a pitcher for a prolonged period of time, there are those who voice concern that the non-Kosher flavor absorbed in the walls of the pitcher will be imparted into the coffee by virtue of this Kavush process.

Is this a valid cause for concern?

To answer this question, it is necessary to provide two additional pieces of information:

Putting these two pieces of information together, we are left with quite a conundrum. Suppose one left a non-Kosher liquid in a brand new bottle for 26 hours. A practical example is a bottle of non-Kosher grape juice. Here, understandably, the Kavush process will cause the grape juice flavor to become absorbed in the bottle, rendering it non-Kosher. What about the opposite case? If one places a kosher liquid in a non-Kosher container for two days, will the Kavush process transfer flavor from the container to the food item?

Considering the above information, this should be an absolute impossibility. If the kosher food item was in the container for 24 hours, it is obvious that more than 24 hours have passed from the time the non-Kosher flavor was absorbed into the container. The non-Kosher flavor has been rendered spoiled prior to the completion of the Kavush period and will have no effect whatsoever, leaving the food or beverage completely permitted.

On the one hand, we have a prominent Halachic source stating that Kavush, by some method, will in fact transfer flavor from a utensil to a food. On the other hand, as stated, working within accepted ground rules of Halacha should deem this an impossibility. The Poskim go to great lengths to find a method of reconciliation. Many limit the problem to a specific scenario, one extremely difficult to achieve, but a possible solution nonetheless. Others offer alternate methods of resolution. As for the practical bottom line, in light of the great difficulty the earlier Poskim express in seeing any problem at all, the consensus is to view this scenario as one which is legally permitted, yet something worth striving to avoid if possible.

Which brings us to the practical Halachic layout of our cold brew scenario:

In summation: There is no possibility for any transgression here, neither Di’Oraysa nor Di’Rabanan. The absolute maximum question is one of a preferential ideal. Many leading Poskim maintain no such ideal exists. Even proponents of the ideal clearly limit their advocating of such to a textbook problematic scenario, whereas in our case, there are multiple tiers of doubt involved, leaving no more than a “Safek Sefeika of a questionable Chumra Lichatchila”.

Ergo, expression of concern in such a scenario is quite unfathomable, and is well, well, beyond the pale of any normative approach to Halacha.[6] Suffice it to say that it is impossible to advocate any level of restraint in this case, without completely rejecting accepted Halachic paradigm in dealing with many issues we engage on a daily basis.

In closing, it can be stated with absolute certainty that cold brew coffee produced in any standard coffee shop is perfectly ideal to consume according to Halacha. This beverage is immune from the concerns affecting all other beverages produced in these locations, and has clear preferentiality over any of those beverages.

[1] Starbucks alone does not brew any flavored coffee. Flavorings are offered as a syrup added to each cup. These flavorings are often kosher. A simple request to see the syrup bottle will allow one to determine whether it has proper Kosher certification.