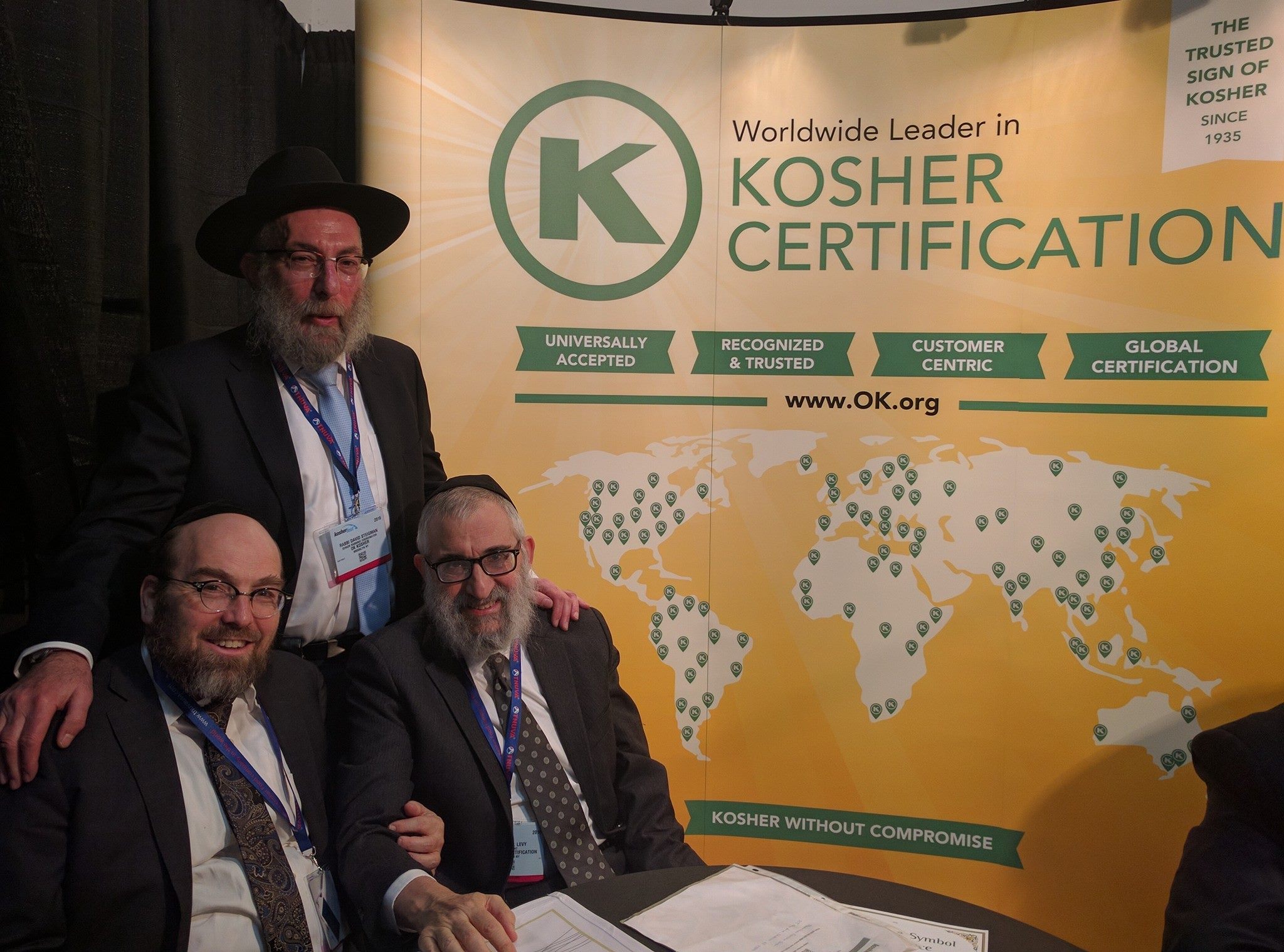 On the 8th day of Pesach, the world lost a true mentch, leader, man of principle and most of all, a friend.

Reb Don Yoel Levy joined the Kashrus world at a very young age, under the tutelage of his father, Reb Berel Levy, z”l. He ultimately took over the reins of the OK Kosher Certification.

Under Reb. Don Yoel’s leadership, and with a sterling reputation, the OK grew to become one of the world’s most formidable Kashrus organizations,

I got to know R’ Don Yoel Levy from the days when I first worked in Kashrus in South Africa, over 30 years ago. He was a man of principle and a person of no compromise, when it came to negotiation of Kashrus standards. There was only one way – the Halachic way, the Torah way. Our relationship was not only kashrus related, but we became extremely close personal friends. Unfortunately, there were times of personal tragedy where we had to spend time together, and although the Nisayon was insurmountable , R’ Don Yoel marched on fervently, continuing to deliver the highest standards of Kashrus for Kosher consumers.

His Emunah Peshuta was an example to all who came into contact with him. Always a clear thinker when it came to challenging Kashrus situations, R’ Don Yoel, and his team, would come up with solutions, to achieve their Kashrus goals. He did not tolerate any Kashrus organization certifying products without follow up visits to ensure compliance.. He stood for what was right and for what he believed in.

Reb Don Yoel was only too glad to share the expertise of members of his staff with other Kashrus organizations. It was not about him or the OK, it was about what could be done to further better Kashrus standards, wherever possible. I recently spoke to a Shliach who mentioned that when Don Yoel would come for Shabbos to a remote place, Shabbos was completely different and the atmosphere at the table was different. He added so much with his personality his Divrei Torah. He was Mechazek Yiddin wherever he went.

As an active AKO executive member for many years, Reb Don Yoel gave so much to the organization and to the Kashrus world at large. His intuition and advice when it came to complex situations was unsurpassed and he was always able to contribute in some way to the sometimes-challenging discussions. From his vast, 40-year kashrus experience, he contributed so much, and the OK grew by leaps and bounds, over the past few years. From Israel to India, from China to Canada, from Indonesia to Italy, from Singapore to South Africa and many more places, too many to mention, including of course, the great United States, Reb Don Yoel and the OK mark, became a staple for those wishing to purchase Kosher products.

Many people were helped financially by Reb Don Yoel in his true way of Matan b’Sesser. Nobody knowing or being aware, just a giver and a true mentch, in the true sense of the word.
Much will be written about this incredible individual, a walking Kiddush Hashem, who will be remembered for his innovation, knowledge, and sharing of Kashrus knowledge.

Reb Don Yoel, you will truly be missed, but your contribution and kindness to the world in all ways, will live on for generations to come.